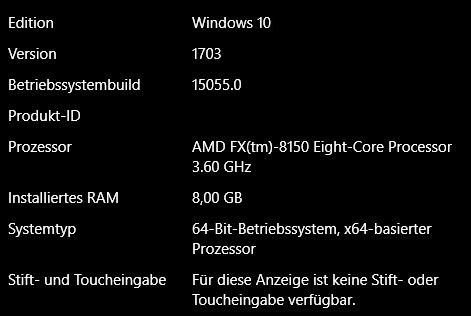 iPhone to PC photo transfer via USB stops after seconds

iPhone to PC photo transfer via USB stops after seconds: Hi there, I have a brand new, clean install Windows 10 64bit PC and an iPhone. When I connect the phone to the PC, after some seconds I see the...

Strange behavior when using Sharepoint WebDAV: Hello, we are using Explorer View to access files on a SharePoint Online site. More specific a Teams SharePoint site. We are accessing the site...

Receive-Side Scaling for UDP on Windows 10 Professional does not work: Dear Support, dear MS Community, we try to acquire 10GBit/s of data from a Measurement device, which unfortunately can only send the data over...

Issue with representation of Distinguished Name element STATE in certificates