Start
More apps now use the accent color as their tile color
The full screen start menu now shows the power and all apps button at the bottom
The hamburger button no longer shows a notification icon when new apps are installed, this is now shown at the all apps button
New animations for tiles, including the added-then-removed-now-added-again 3D-animation
New boot animations for apps
Most WinRT tiles can now take the large tile size (including Edge, Calculator, etc)
The smilies for additional icons above power have been replaced with actual indicating icons (and some have been updated)
Full screen start is now aligned higher, allowing more tiles in the height without a scrollbar appearing
Search will now show a "Try Cortana" button on the bottom if Cortana isn't activated
You can now swipe up on the left side of start to show all apps

Interface
The window chrome of Win32 apps is now the same as for WinRT apps
The clock, language and other notification-fly-outs have been updated with a transparent background
The back-button no longer takes the accent color in some apps
Apps no longer have to take a white icon on the taskbar anymore
More apps have a tile-less icon on the taskbar
Multiple icons have been revamped
All Win32 controls have been given a redesign
The taskbar animations for loading, needs attention, etc. have been updated
The installation experience has been updated, it also introduces more apps
There are new default wallpapers
Propertie windows have received a visual update
In tablet mode, icons no longer disappear behind the Task View, Search and Back button when app icons are shown

You can now set a timer in the snapping tool

Edge
Project Spartan has been updated from version 15 to 19 and is now called Microsoft Edge
Edge has new icons
The feedback icon has been removed from the main bar
There is a new share icon on the url bar
You can now enable a dark theme for Edge
You can now drag and drop tabs between multiple windows
Improved ECMAScript 6 support (without flags)
You can now manage your passwords
You can now change the search provider
When closing Edge with 2 or more tabs open, it will now warn you
Pinned hubs now look better
You can now show a home button
Pinning sites to start is broken in that it no longer has the site's theme, but a normal Edge logo

Apps
Multiple apps have been updated
Store
The "Store" apps has been removed, leaving only "Store (beta)"
The Store has received a new design with an interface more similar to other apps (back button in titlebar, etc.) 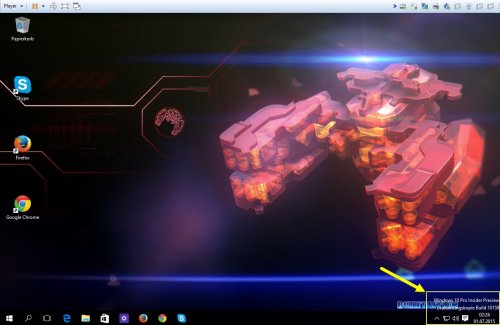